Everyone imagines what life will be like in retirement. Perhaps you know someone who ended up in a depressing nursing facility with people who didn’t care about their health and wellbeing.

That’s not the way it has to be and that’s not the way it is in Savannah Valley.  The characters in these books celebrate life and retirement in fun and imaginative ways after facing unexpected challenges. Here, new friendships are made, new horizons open, and a lifetime of experience and acquired wealth is celebrated.

Each book in the series is inspired by true events unique to each author. Sit back, relax, and allow yourself to be transported to the glorious and prestigious retirement community known as Savannah Valley. You will want to read them all. 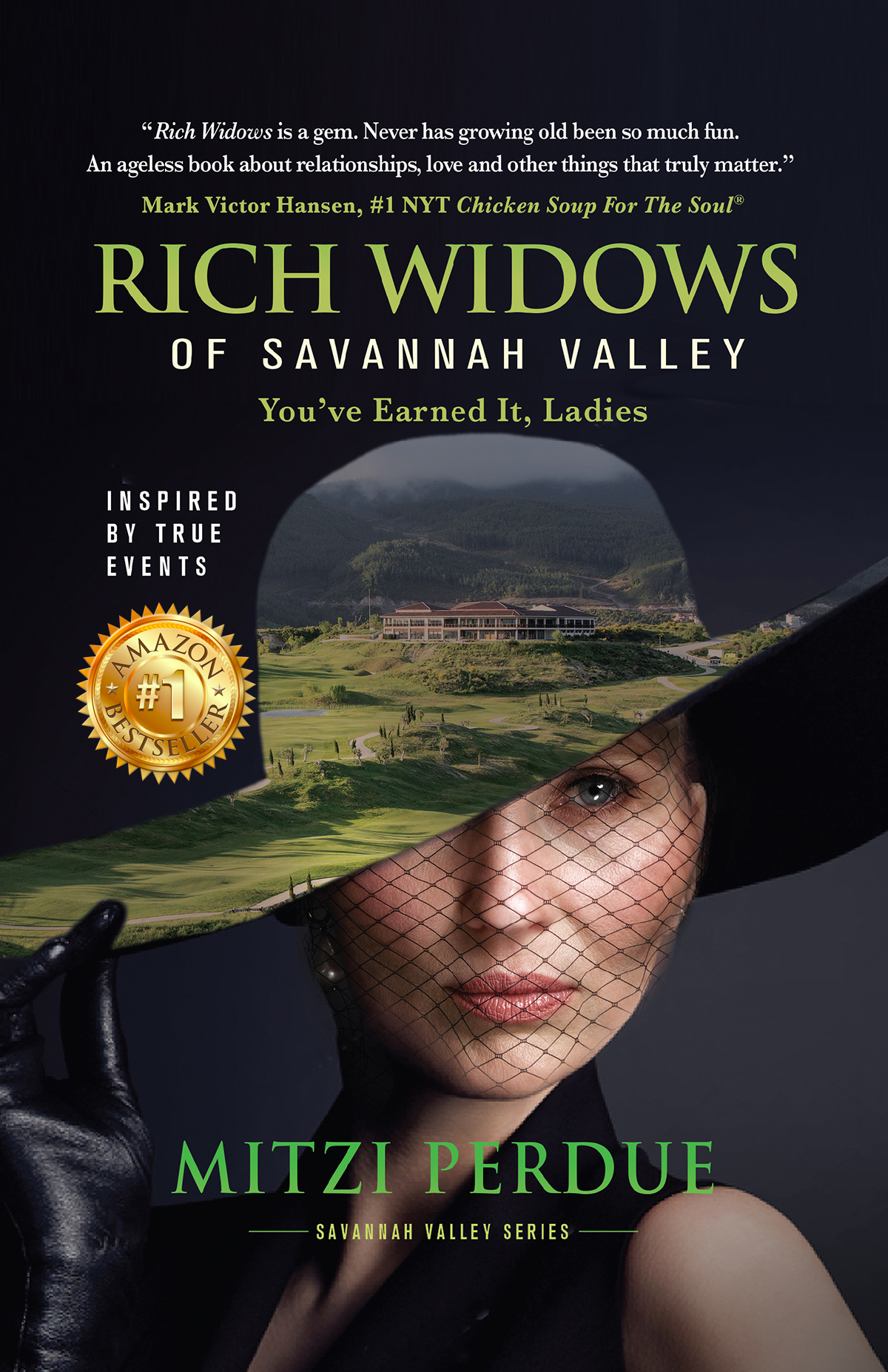 A whimsical, moving tale about Savannah Valley, the country’s most exclusive retirement community for the uber-rich.

Set outside Savannah, Georgia, this fictional community is filled with mansions, Rolls Royce Phantoms, and ladies who lunch. Four rich widows; Glenda, Edith, Darcy, and Sharon are looking forward to their golden years with everything taken care of. Then the amenities they have paid for–were promised–begin disappearing. The activities became tiresome and repetitive, the tee times on the lush golf course were always taken, and the late dinners with cocktails were no longer allowed when the kitchen started closing early. All of a sudden, it felt like their wonderful retirement was little more than a cheap motel. Something was definitely not right. These women ran companies and made their own fortunes. They knew when they were being handed a load of bull. No one can take advantage of these smart, sassy women.

Loud-out-loud hilarious, these women are not ready to give up anything they worked so hard for.

Read the review from Booktrib.com

Author, speaker, and businesswoman Mitzi Perdue holds a BA with honors from Harvard University and an MPA from the George Washington University. She is a past president of the 35,000-member American Agri-Women, She’s also a former syndicated columnist for Scripps Howard and her column, “The Environment and You”, was the most widely-syndicated environmental column in the country. Her television series, Country Magazine, was syndicated to 76 stations. She’s the founder of CERES Farms, a second-generation family-owned commercial and agricultural real estate investment company. 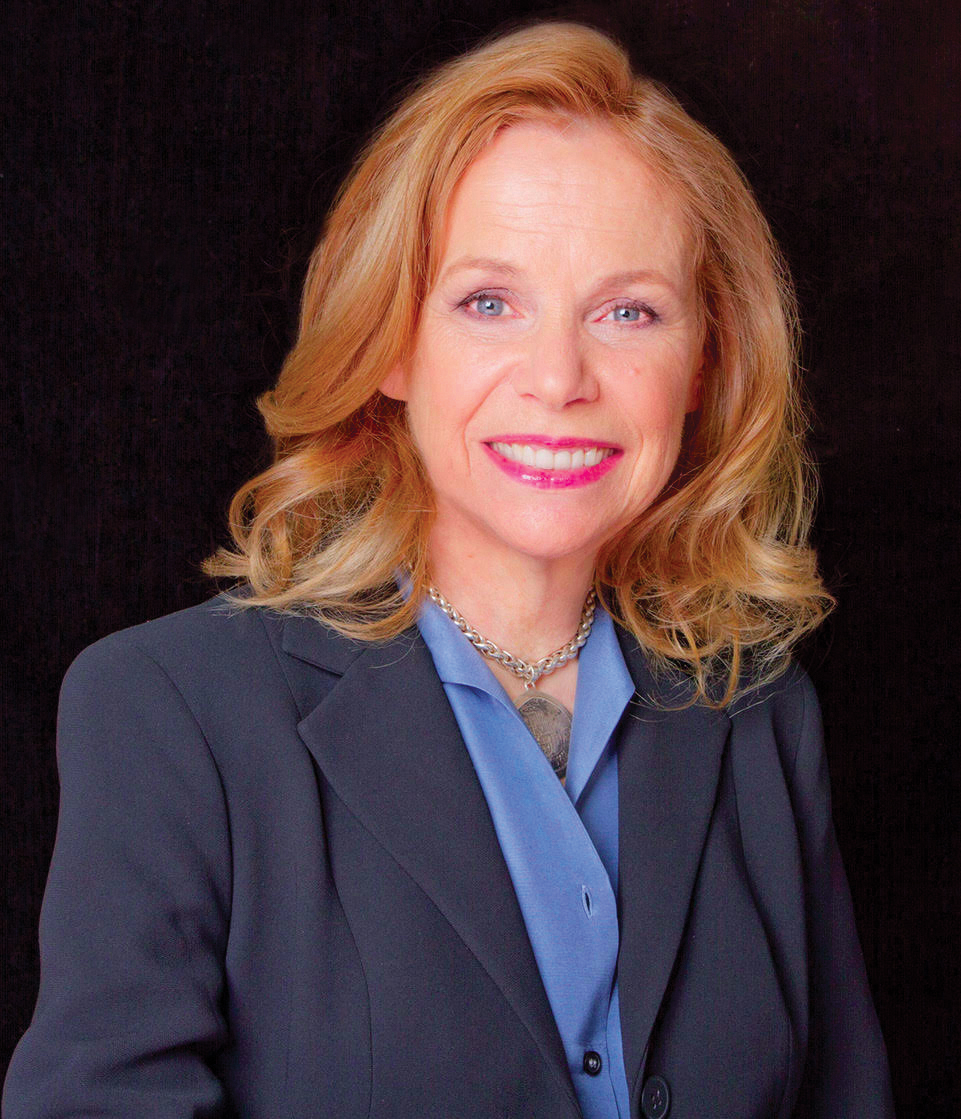 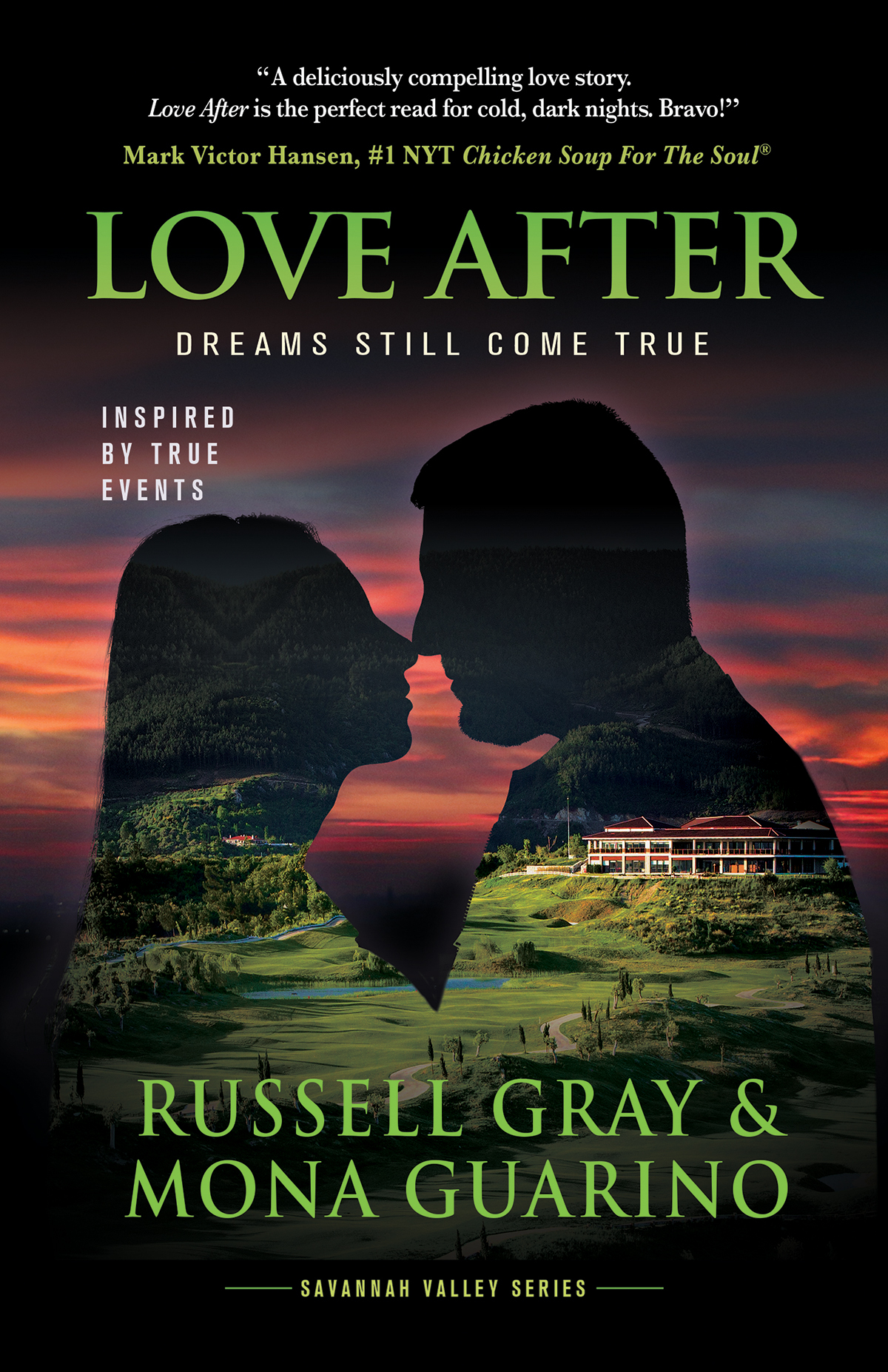 Two people who lived joyful and full lives find themselves alone and lonely when death takes their spouses from them through unexpected and painful circumstances. Each feels they must now face their golden years alone, until they discover how much they have in common.

Love between this widow and widower erupts like a dormant volcano and takes them both by surprise. As they lean into each other they begin to realize that love can still exist without ever losing the precious memories of the husband and wife they no longer have. But caution and concern from their children and their friends cause them to question and defend their budding romance. Love After is a hopeful story of how one should never stop looking for companionship and never feel guilty about the past.

Russell Gray proposed to his high-school girlfriend Cheri when he was just 17 years old. They married three months after graduating, raised a large family, and rode the roller-coaster of life, entrepreneurship, and her fatal battle with cancer. Their love story ended when Cheri died in his arms after 41 years of marriage. But a new life began when he met Mona.

Mona Guarino grew up in upstate New York, where in high school she met Gene, the man who would later become her husband of 36 years. Sadly, Gene died unexpectedly after a short, but severe illness.  Today, Mona and her children own and operate the family businesses. She enjoys retreats to the mountains, hiking, homemaking, and building a new and wonderful life with Russ. 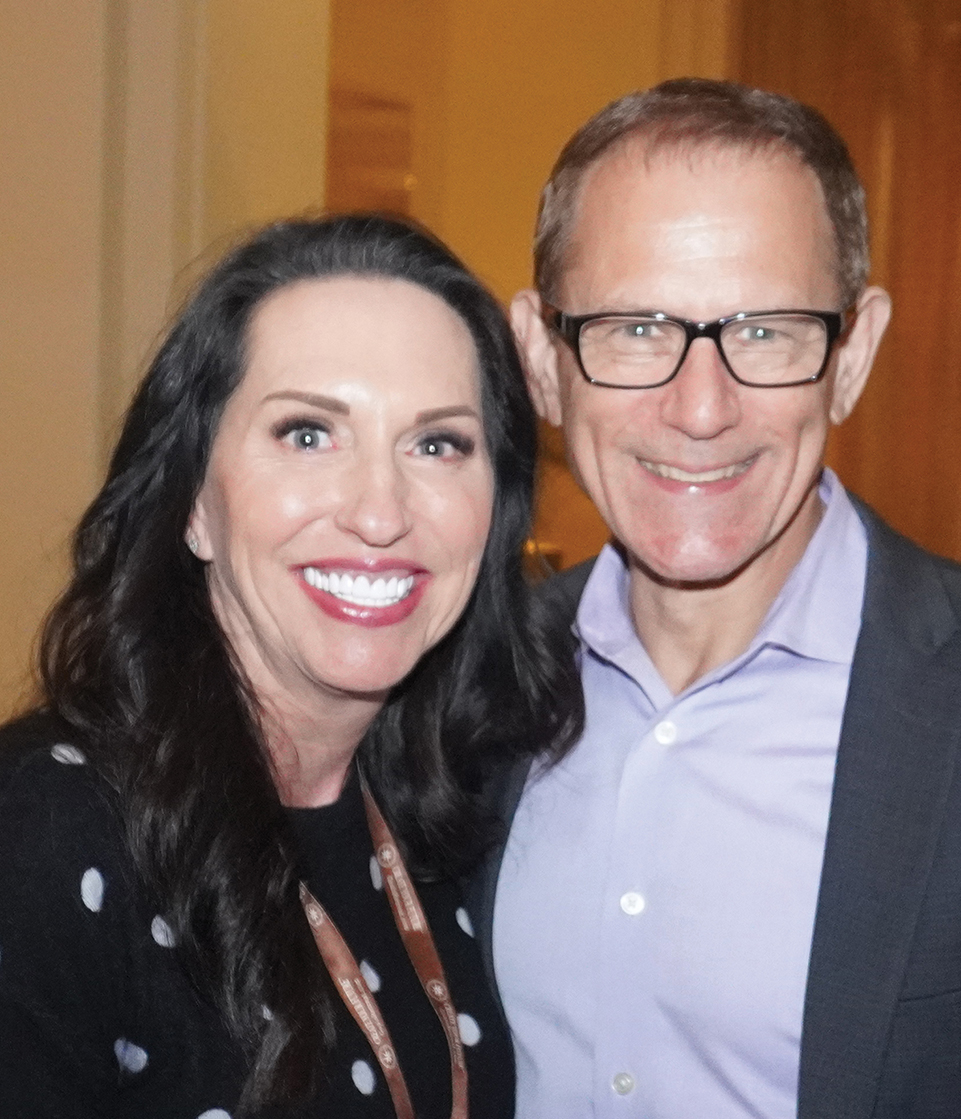 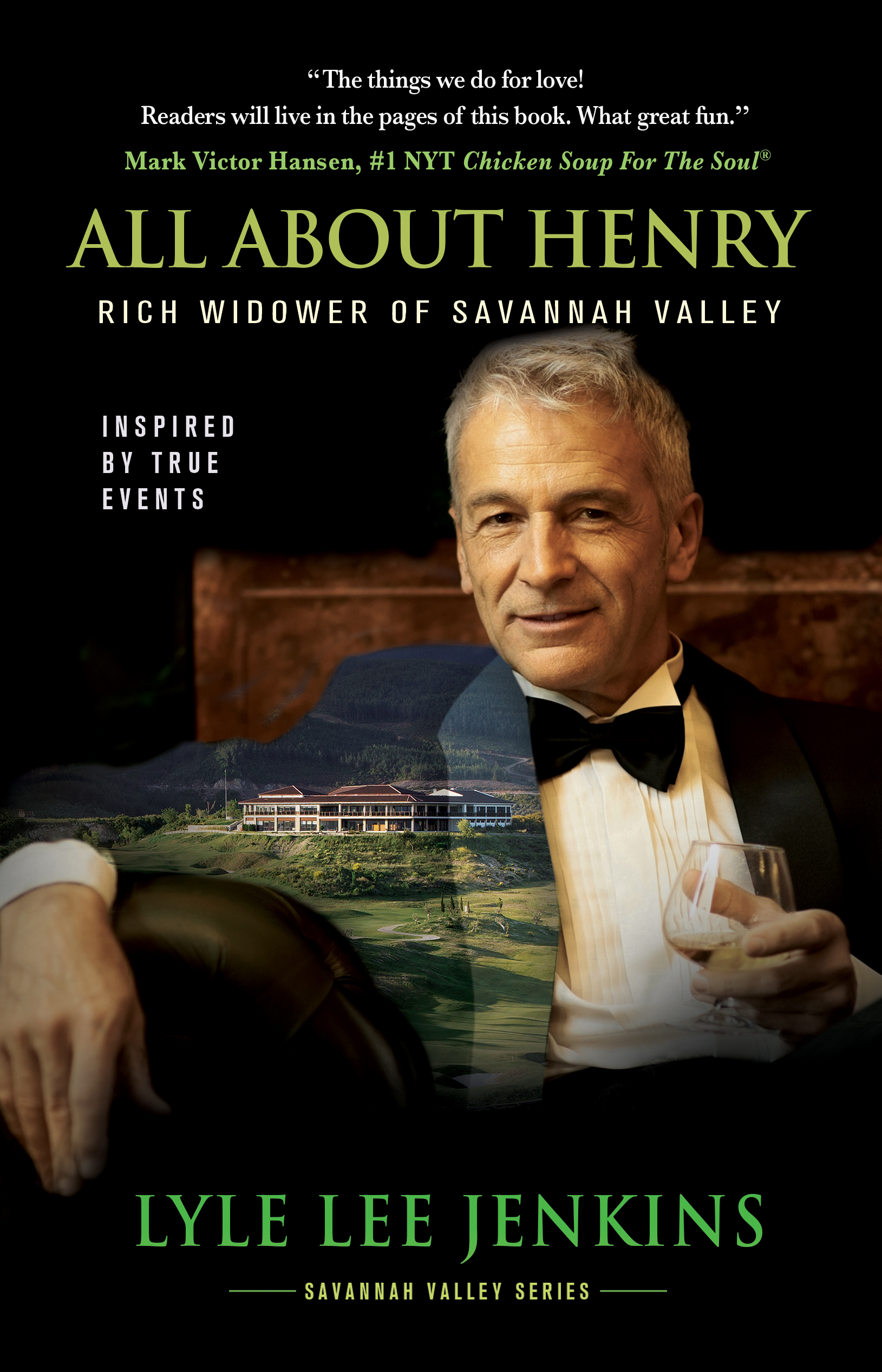 ALL ABOUT HENRY: Rich Widower of Savannah Valley

Henry and his beloved wife of almost fifty years, Edith, were preparing for their golden years when the unthinkable happened.

She called it the H & E World Tour, but it was cut short just as it was beginning and Henry was left alone in his despair with no where to go and no one to share the future with. He still wasn’t sure how he ended up in Savannah Valley. The brochures were beautiful and assured him he could design the house he and Edith always wanted. He needed a place to stay still for awhile but the widows of Savannah Valley had something else in mind.

Lyle Lee Jenkins is an author, speaker and recognized authority in improving educational outcomes. He believes that implementing a growth mindset and celebrating both individual and collective progress is the key to helping students learn more and retain their kindergarten level of enthusiasm for school.

Lyle Lee has spent 50 years in education. Before founding LtoJ Consulting Services in 2003, he worked as a teacher, principal, school superintendent and university department head.  Lee’s education improvement books include How to Create a Perfect School, How to Create a Perfect Home School and Optimize Your School. The number of titles in his Bible Patterns for Young Readers and Aesop Patterns for Young Readers series grows almost monthly. Lyle Lee holds a Bachelor of Arts from Point Loma Nazarene University, a Master’s Degree in Education Administration from California State University, San Jose and a Ph.D. from The Claremont Graduate University. 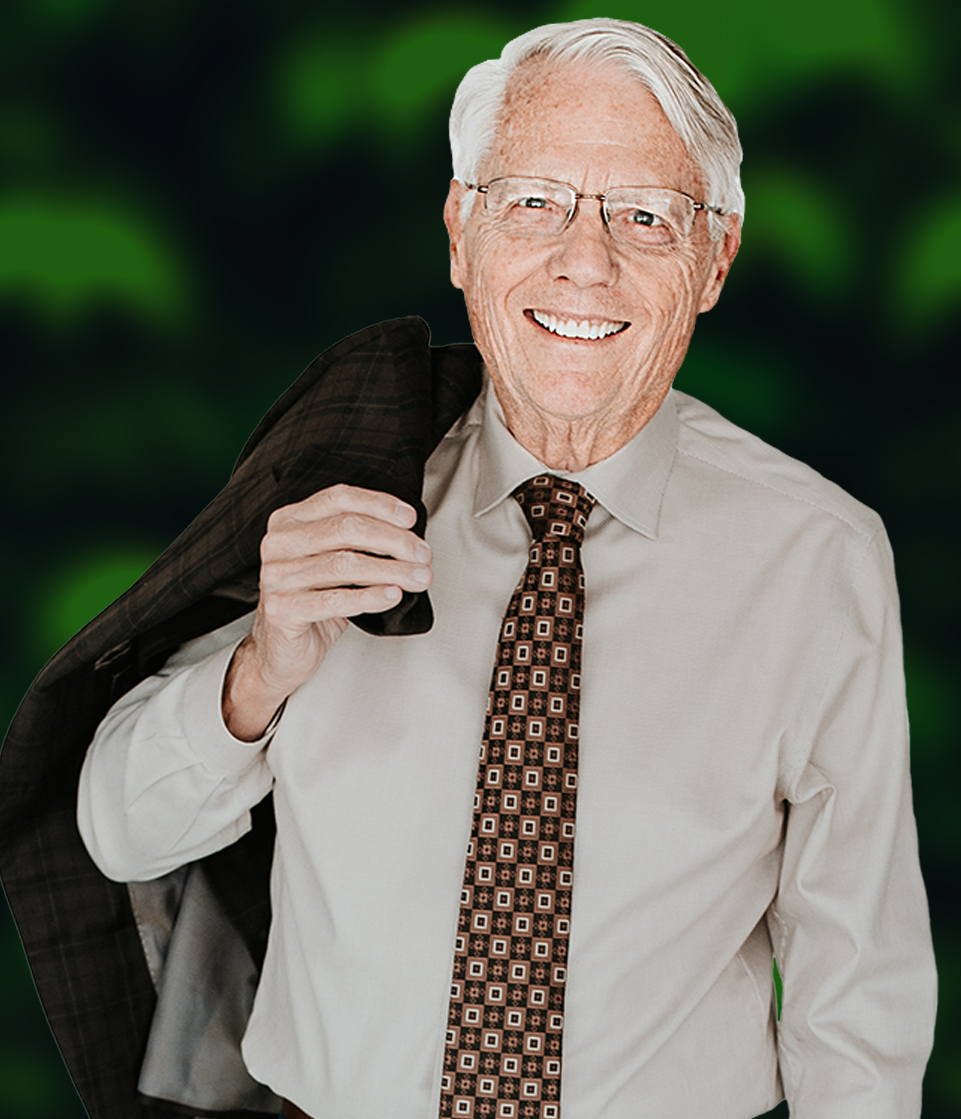 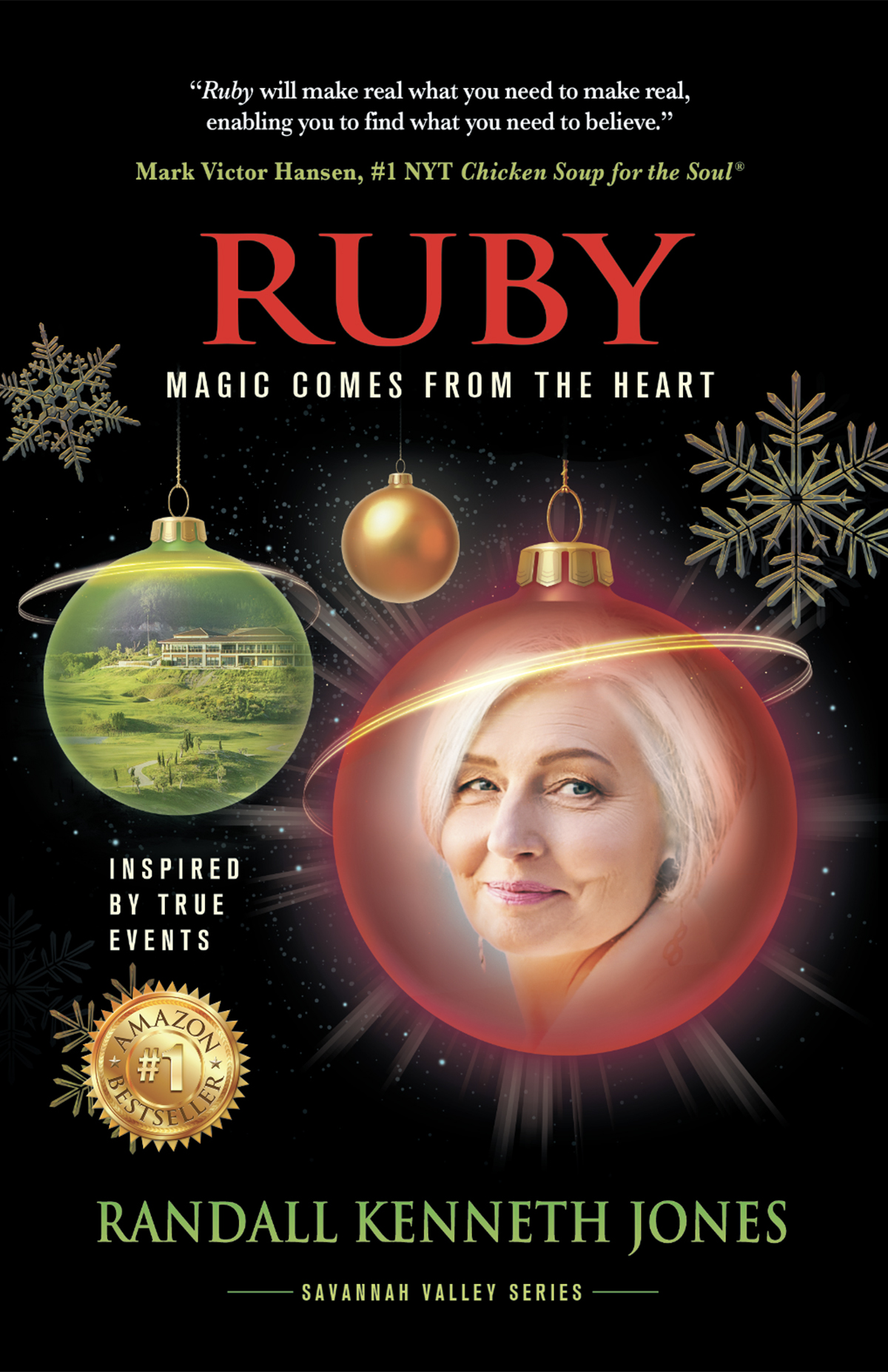 RUBY: Magic Comes From the Heart

Cynthia Grant arrives in posh Savannah Valley, searching for purpose and a new life. When she accidentally encounters her new neighbor Ruby, the winds of change go into overdrive.

A woman of untold mystery, Ruby's almost effortless impact on the magic of Christmas is a spectacle to behold. She opens hearts as quickly as she opens wallets in her affluent Georgia community. Ruby's influence on wondering, wandering Cynthia leads to a whirlwind of activity that transforms not only Cynthia but everyone she touches. From newspaper publisher Derek and devoted-sister Janice, whose secrets define and refine them, to attention-starved Paula, merry-widow Etta, and insightful Streep, a singularly focused film buff in search of the ultimate Meryl Christmas, Ruby and Cynthia deliver astonishing results.

With spirits, angels, messengers, and boundless imagination alongside mystery, whimsy, speculation, and a search for truth, Ruby tempts even the most hard-hearted naysayer to believe in believing again.

Randall Kenneth Jones is an author, keynote speaker, comic actor, and host of the popular JONES.SHOW podcast.With his ever-expanding platform focused on looking for the BEST in people, Jones spends his days making a list and checking it twice, determined to find out who's naughty and who's nice.His literary journey began with his 2016 book, a celebrity interview-infused, feel-good opus entitled Show Me: Celebrities, Business Tycoons, Rock Stars, Journalists, Humanitarians, Attack Bunnies & More!Jones spent several years running his boutique marketing agency in a haunted, pre-Civil War building in Leesburg, Virginia, before heading south to sunny Naples, Florida. Today, he is in high spirits in the company of his perennially nice family, Derek, Kevin and Maribeth, and his perpetually naughty Airedale, Alexander. RandallKennethJones.com 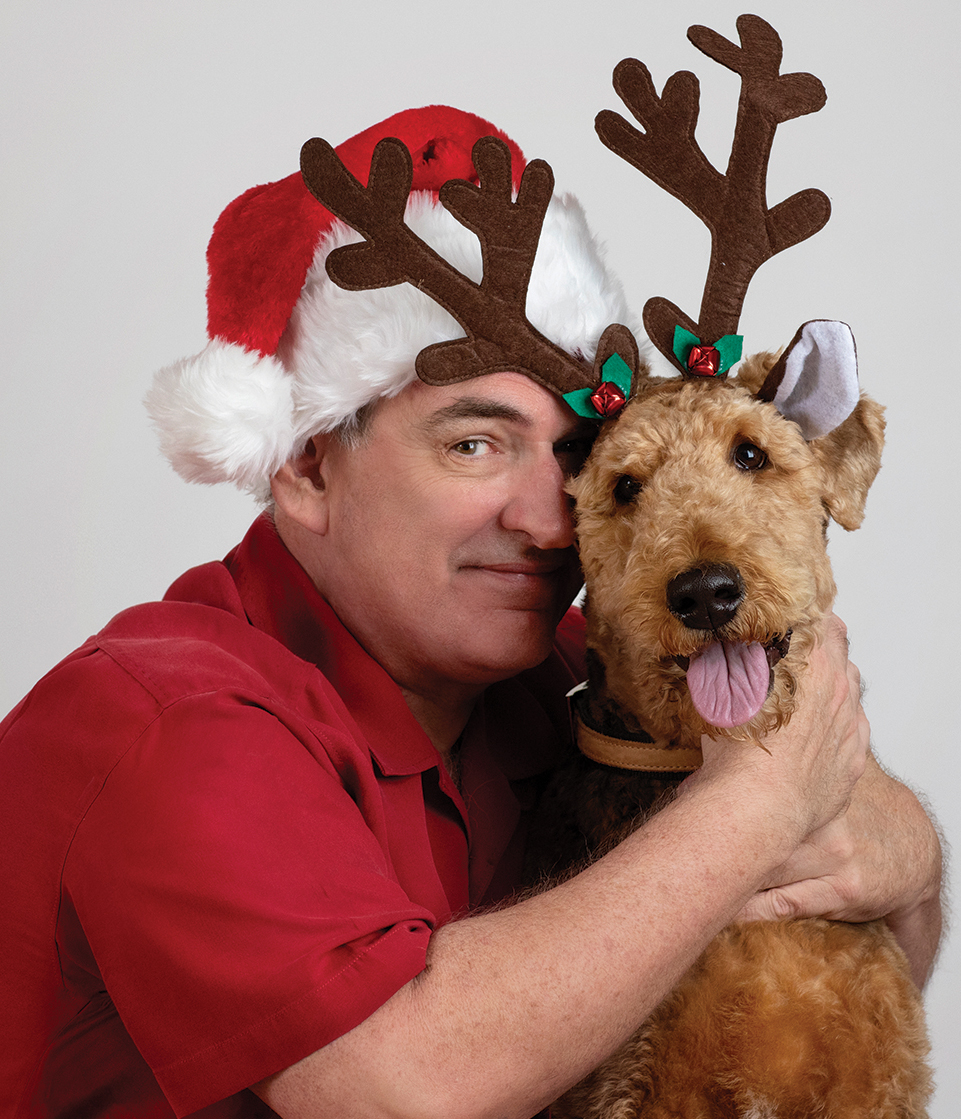 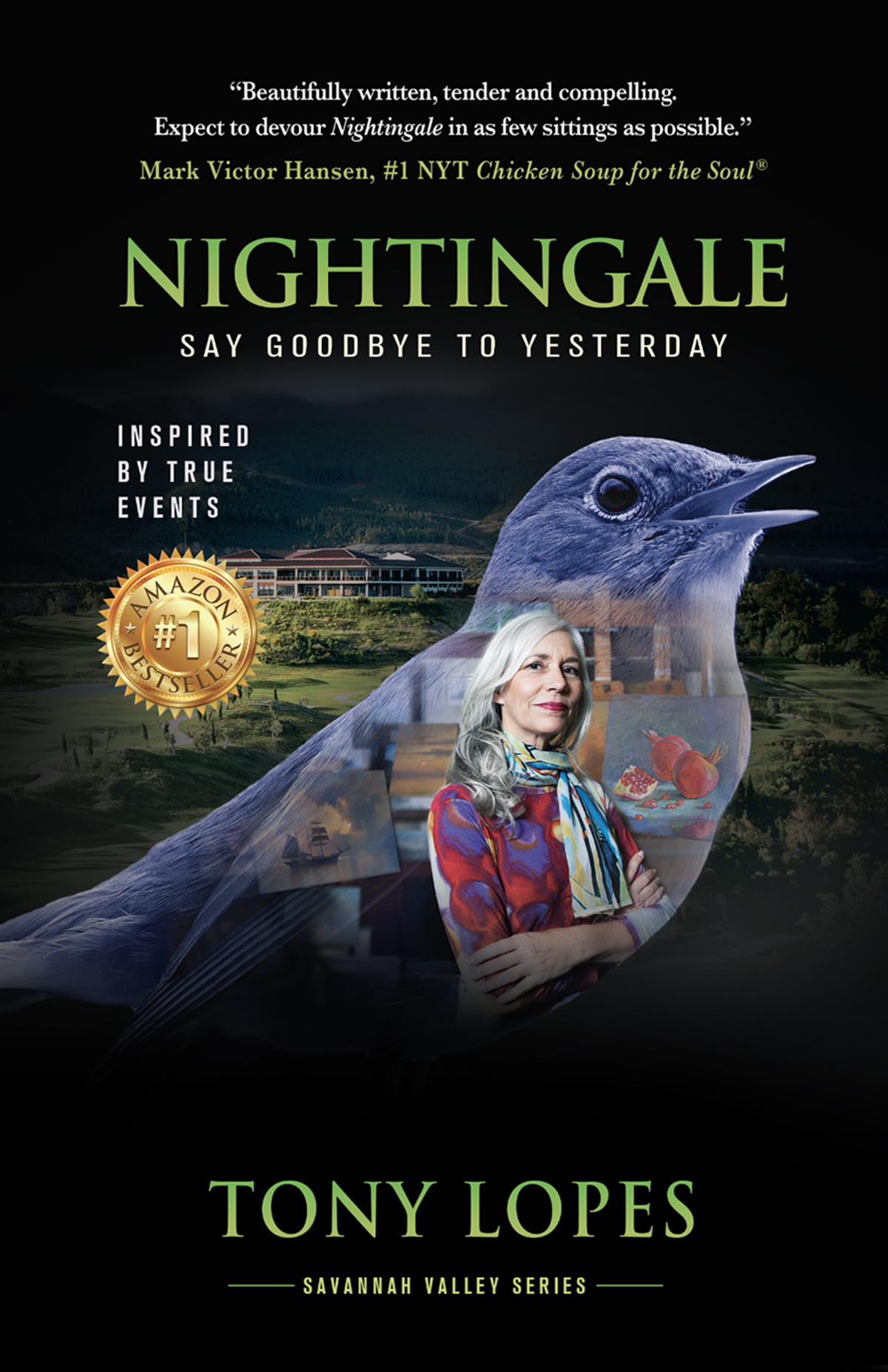 Moving to an upscale retirement community is daunting enough but when local residents find out that Adelia is not a wealthy widow and her property was purchased by someone else, the fight begins.

They are determined to force her out of her new home and banish her from Savannah Valley. When three curious neighbors band together to find out more, they learn of her extraordinary knowledge and realize that money is not the only value that someone can bring to this exclusive enclave. Nightingale is filled with intrigue, personal drama, and new awareness about investment, and generational wealth. It is when we open our hearts to those who come from different backgrounds that we learn how much they bring to our lives.

Tony Lopes is a first-generation American, investor, consultant, real estate professional, author, and macroeconomic enthusiast. He earned a BS in Mechanical Engineering and an MBA from UMass. Tony worked in the defense industry for 19 years in various leadership positions managing multi-million dollar programs while simultaneously building a portfolio of residential income properties. His investments, coupled with his understanding of markets and economics allowed him to retire at age 44. He now coaches others who are seeking a more enjoyable life with greater freedoms. Tony’s journey has given him valuable insight into the topics and teachings provided in this book. 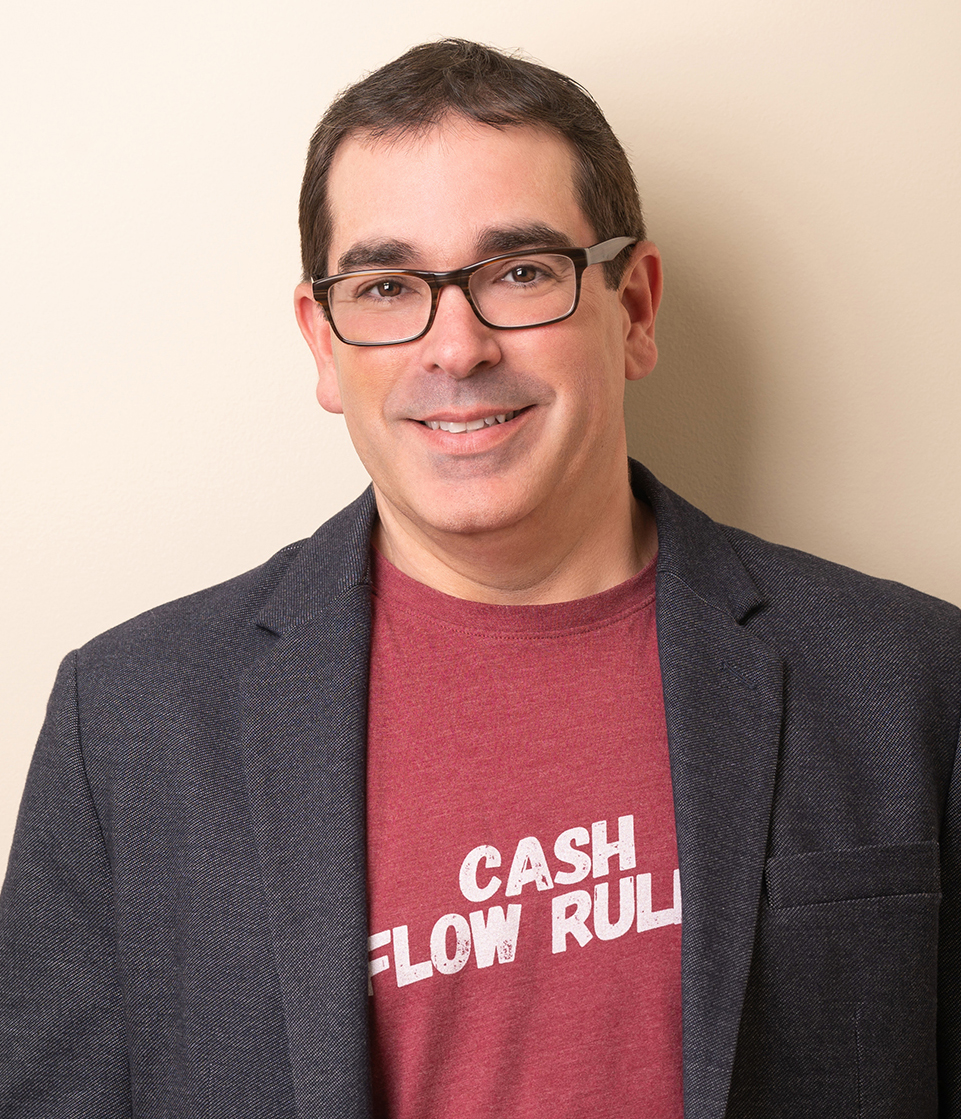 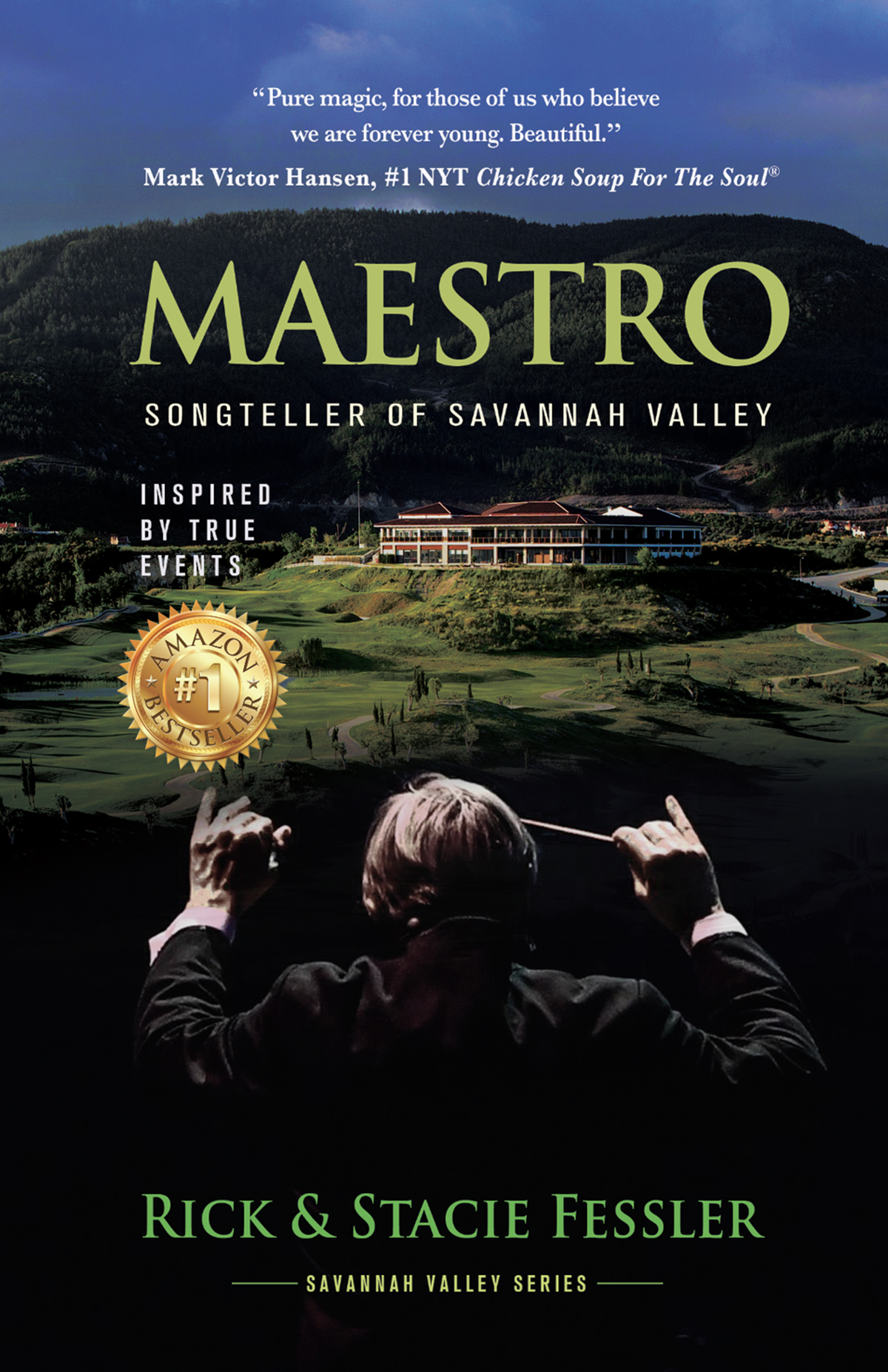 What if you were a maestro? What if you inspired others to achieve what they didn’t believe possible? What would the world be like, if we all behaved like maestros, tuning in to the hearts of others, inspiring them to realize their hopes and dreams?

In the following chapters, you will meet a man who gave hope and possibilities to those he encountered, even from a young age. He turned his passion for music—and his hunger to inspire excellence in others—into a world-renowned career. After tragedy struck, he believed that his professional life had come to an end. But his passions took a surprising new turn, renewing his purpose and those of the people around him.

Rick Fessler is a father to two beautiful daughters and a husband to his amazing wife, Stacie. During his lifetime, he has been an accomplished entrepreneur, owning numerous companies. As a leader, he defines his team’s success or failure in terms of the moral principles that are the bedrock on which he built his organizations— integrity, compassion, gratitude, openness, and kindness.

Stacie Fessler is one of the top real estate agents in St. Louis. She measures her personal success by how well she is able to help others find an innate value within themselves. 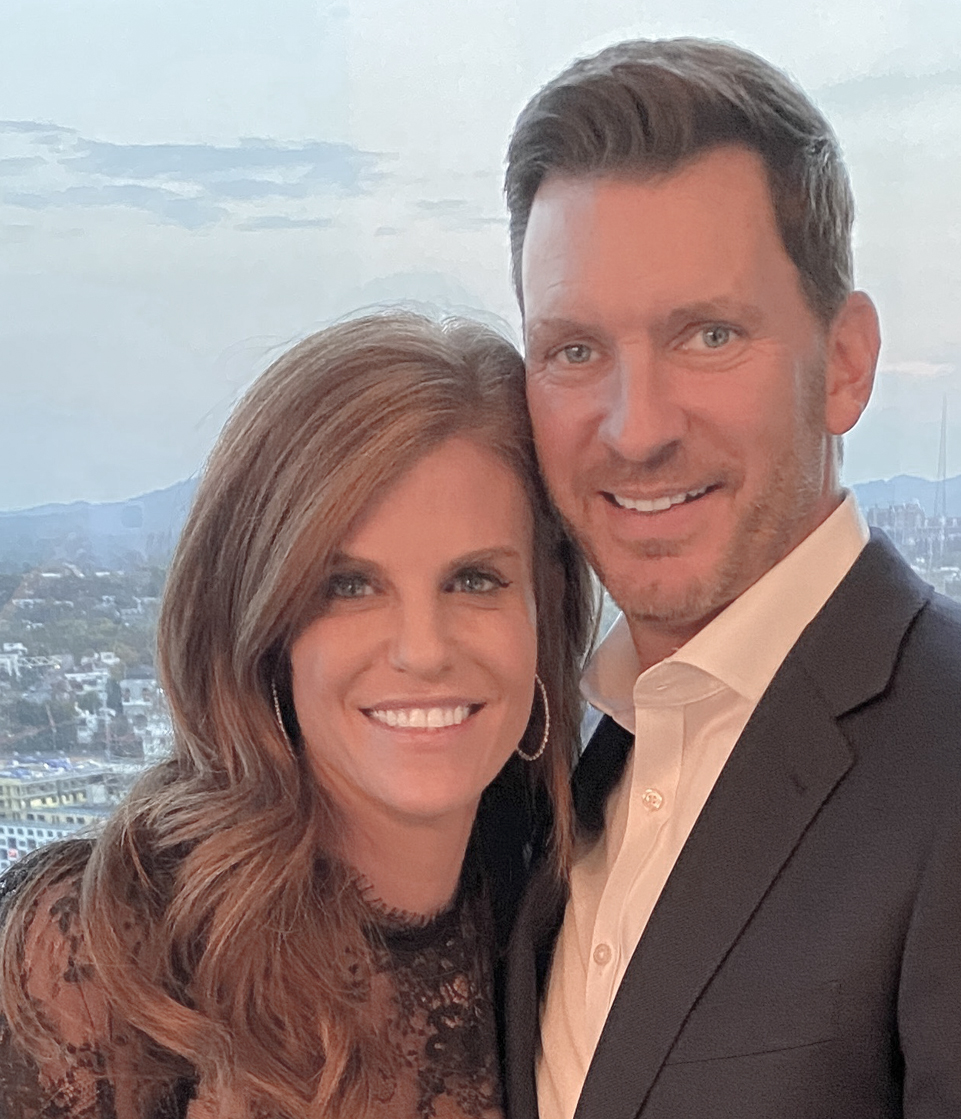 Concierge Service and Benefits to our Authors:

We help you bring your best story to life by finding innovative ways to reach your audience.

You control your future, your destiny. What you think about comes about. By recording your dreams and goals on paper, you set in motion the process of becoming the person you most want to be. Put your future in good hands – your own.

Mark Victor Hansen is best known as the co-author for the Chicken Soup for the Soul® book series and brand, setting world records in book sales, with over 500 million books sold.

Mark also worked his way into a worldwide spotlight as a sought-after keynote speaker, and entrepreneurial marketing maven, creating a stream of successful people who have created massive success for themselves through Mark’s unique teachings and wisdom. With his endearing charismatic style, Mark captures his audience’s attention as well as their hearts. Having spoken to over 6000 audiences world-wide with his one-of-a-kind technique and masterful authority of his work, time and again he continues to receive high accolades from his audiences as one of the most dynamic and compelling speakers and leaders in the world. Now, with the Mark Victor Hansen Library, Mark is sharing his storytelling success with authors from around the world.